This is where I’ll be until Dec 30th. I leave tomorrow morning. 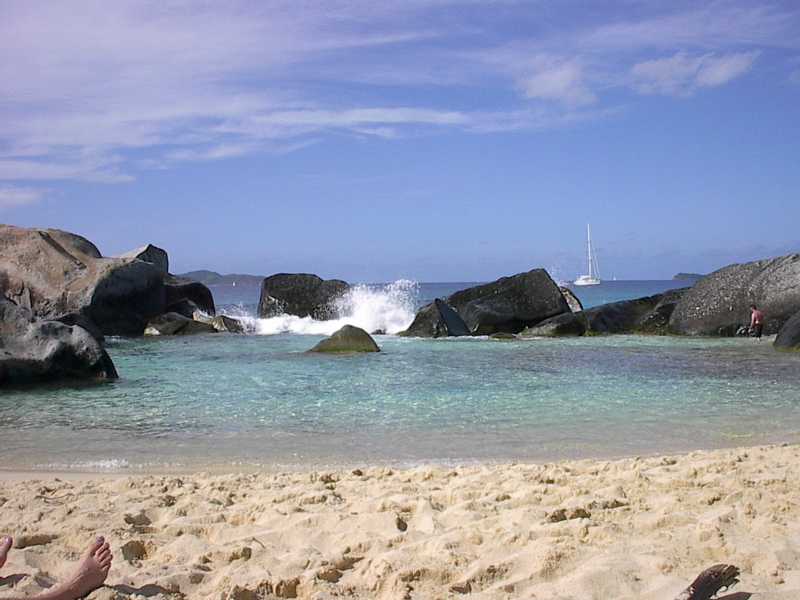 This is where I’ll be until Dec 30th. I leave tomorrow morning.

According to this CNN article there are actually states that would prohibt someone from teaching at a public school if they insisted on wearing religious clothing, such as a scarf, skullcap, or a cross. This is disturbing. I wonder which states these are.

Excerpt: Pennsylvania and Oregon have laws that prohibit teachers from wearing religious clothing to schools. Both laws have been upheld in court challenges brought under the First Amendment and Title VII, the major anti-discrimination employment law. The courts reasoned that the statutes furthered the states’ goal of ensuring neutrality with respect to religion in the schools.

I support separation of church and state, but this is going a little far. I feel refusing to allow their teachers to practice their faith actually sends the wrong message to the children.

France is considering making it illegal for for Jews and Muslims to practice inherent religious practices, but in exchange for making these practices illegal, they’ll choose one holiday from each religion and make it official. That should make everyone happy, right?

“Surprisingly, the idea came from a government commission aiming to bolster the official separation of church and state. Its report suggested banning Muslim veils, Jewish skullcaps and large Christian crosses in public schools.”

But essentially this commission is suggesting forcing all observant members of these two religions out of the public schools, but also adding their religious holidays to the official holidays, so the less observant students can celebrate them along with those members of other faiths. 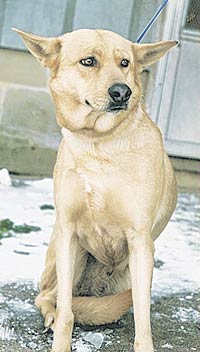 “An unwanted dog which was put down with drugs, put in a plastic bag and then through a rubbish compressor has been found alive moments before being buried in a landfill site.”

A Savior is Born in St. Louis — A comic I ‘drew’ to commemorate Quentin’s amazing feat of surviving our local ‘gas chamber’.

The Dog that Lived – a poem I wrote.

Both dogs are to be congratulated for their success in changing their destinies.

Iíve been operating this blog for over 18 months now. Itís time for a change of scenery.

I spent 10 years at a corporation, and got so comfortable they had to actually sever me from my desk. Iíve learned my lesson.

Those who look carefully at my new blog will notice the first msg is dated a couple days ago. You will likely accuse me of waiting until I reached post #450 to make the announcement. Itís not completely inaccurate. I must say I was actually more worried about not making a post #451 ñ fearing my blog might catch fire and burn.

Some will likely ask: Why not just redesign this blog, give it the new title, and keep posting. WellÖbeyond my fear of literal flames on my computer screen, I like the idea of maintaining a sort of history.

Why the new title? Wasnít this blogís title offensive enough? Well, the first entry ìMission Statementî should explain it adequately enough. If enough time has passed, and the first entry has scrolled off the page, look in the upper right hand corner of the blog. There should be a link.

Well, I wonít bother categorizing entries like I am now. I will let you, the reader, put the entries into boxes of your own choosing. But I am still the same person, so my interests are pretty much going to remain the same.

Once again, my new blog.

(OK…this is a sensational headline, and when you click on it and read the article, you will be upset with me for misleading you. But he did say it. Kinda.)

In Rolling Stone Magazine, Senator Kerry said, “When I voted for the war, I voted for what I thought was best for the country. Did I expect Howard Dean to go off to the left and say, `I’m against everything?’ Sure. Did I expect George Bush to f— it up as badly as he did? I don’t think anybody did.”

George Bush was astonished (Or at least his Chief of Staff was).:

“I’m very disappointed that he would use that kind of language,” Card said. “I’m hoping that he’s apologizing at least to himself, because that’s not the John Kerry that I know.”

He’s right, it’s not like Kerry. It’s a lot more like Card’s boss Bush. Bush who referred to a New York Times reporter as “a major league *ssh*le,” and when asked by a reporter what he and his father talked about when not talking about politics, responsed “P*ssy.” 2000 Salon article

So as the Right gets all in a blather about the decline of language, and the foul-mouthed Democrats, they’re being total hypocrites, for if they’re looking for foul language they need to look no further than the current resident of the White House.

My favorite authors are those
who write peanut-butter prose–
scenes, characters, lines
that stick to the roof of my mind,
images that last
long after the years have passed.

I hadn’t picked up the Bible since Confirmation class, but there I was searching for a passage in Samuel I, Chapter 18. This is the passage where Saul demanded the strangest dowry in world-history for his daughter Michal — 100 Philistine foreskins. David, proving his worth as a son-in-law, brought back 200. Naturally, he did it the easy way, by killing the Phillistines first. Earlier that day I had told my Shakespeare professor, in front of my fellow students, that the phrase “A pound of flesh” had been used to refer to those 200 foreskins, and I was intent on proving my statement, since all of them had laughed. My Bible wasn’t forthcoming with the needed proof, but I knew I had read it somewhere, and I couldn’t remember where.

It was months later, after the class had ended, looking at my bookshelf my eyes rested upon Joseph Heller’s “Autobiography” of King David, God Knows. I cringed instantly in recollection of my embarrassment as I picked up the book. I skimmed through and found the passage. Not having read of Shylock prior to reading Heller, I naturally had ascribed those words to the actual scripture.

Despite the graphic nature, I am somewhat surprised I had originally noticed the passage, as I normally skim through battle scenes. While I love Tolkein’s Lord of the Rings, for example, I’ve only read half of it, really. Whenever anyone picks up a sword or axe, I skim forward looking for more appealing action. In all the fantasy I read I often find myself skimming for the sections I prefer. Too many authors of fantasy are SCA fanatics intent on recreating medieval battle scenes.

While I read a lot of fantasy, science fiction, and horror, I find the majority of these works like glasses of ice-water. Cold, and refreshing at the time, but forgotten almost instantly. There are exceptions. Daniel Keyes’ Flowers For Algernon, Ray Bradbury’s Fahrenheit 451, and Douglas Adams’ Hitchhiker’s Guide come to mind.

In my own creations I’d like to combine the fun and enjoyment I receive from genre fiction with the language of Tom Robbins, the politics of Victor Hugo and the humor of Joseph Heller. If I can accomplish this, I’ll be satisfied. (It doesn’t seem too much to ask, does it?)

There has been recent talk of eliminating that pesky constitutional quirk that forbids those born on Foreign soil from becoming President of the US. (Mostly by conservatives fond of a former actor, now governor of California).

I’m beginning to think it might not be such a bad idea. However, I have a different candidate for the job. We might have to convince her to move to the US, which could prove difficult, but I think she’d make a much better President than our current one…