Southern Beale covers the story, reported in of all places, Fox News, and then shows how amazingly, Fox News may be wrong again.

So we Liberals either get to be mad, or get to laugh at Fox. I just want to know which one it is.

It will be approximately 5 pm as I post this when I get home from
work. After sending an email to the host of the October STLBloggers
Blog Carnival, I will turn off my computer, turn off all the lights,
and go to sleep. Kids in my neighborhood haen’t knocked on my door in
the over 8 years I’ve lived here – they’re not going to start tonight.
I’ve had an invite to a party, but I have other plans that start at
midnight.

You see…at Midnight it is November. I have to be at work at 8 am.
That gives me 7 hours to start working on my NaNoWriMo novel. Several
individuals are gathering at a local SteakNShake at midnight to do so
as a group. Most of them are likely taking tomorrow off work. I’m
not. I’m just getting my sleep in beforehand.

This post is supposed to be about Halloween to count for the blogger
carnival, but these are my Halloween plans, are they not? I also need
a picture.

Below is a picture of what I wore to work today. They don’t allow
people to come in costume, but I still dressed up — as a Trekkie. It
wasn’t a difficult costume; I had everything I needed already.

I know I have some friends with interests in science, and biology, so I figured I would share this, in case they hadn’t read it in the journals to which they subscribe.

Ananova, back in June, reported on a miraculous event in China. A dog gave birth to a kitten! (link contains photographic proof!)

Hua Chengpeng, of Huayang village, Jiangyan city, told People’s Daily that the unlikely animal was the third ‘puppy’ in his pet’s litter.

“The first two puppies the dog produced were both normal, but when the third baby came, the whole family was very surprised to see a cat-like creature. It is a cat, not a dog at all,” he said.

Local residents have been flocking to his house to see the ‘kitten’ which local vets say is really a puppy which looks like a cat because of a gene mutation. It apparently yaps like a puppy.

As Blair points out, the news story of a dog that shot a man in Iowa bears mentioning in the overall Great Animal Rebellion.

But there are two things about the story that I wish to focus on. Neither of these facts are in all versions of the news story. Ananova keys us in though.

1) Mr Harris was treated at Grinnell Regional Medical Centre and later taken by helicopter to University of Iowa Hospitals in Iowa City, following the accident in Poweshiek County.

Hey! I spent parts of three years in Poweshiek County! I went to Grinnell College! True, I was never inside Grinnell Regional Medical Centre…

Of course, you probably don’t care about that.

2) Alan Foster, a spokesman for the Iowa Department of Natural Resources, said it was not uncommon for hunters to be shot by their dogs.

And you probably thought this was a freak accident. Of course not! It’s a rebellion I tell ya!

One of my early posts on this uprising mentions a “Dog in South Dakota”. The story has been removed from Ananova’s archives, but I’ve discovered that Ananova isn’t blocking caches…so it appears on the

To truly comprehend the magnitude of the situation, you have to compare the frequency to other comparable events. If the Iowa Dept of Natural Resources sees a couple cases per year, it’s probably a safe assumption that several other states do too. It’s likely that every year, more dogs go on a shooting spree, than high school students.

I’m going to have to spend some time updating a lot of links on my old posts, but at least the stories are all still out there.

For those who like to know the politics of their entertainers, here’s a list of “Country Recording artists and Nashville-area stars” and to which political party/candidate they give money.

It doesn’t matter much to me. There are a couple in the Republican category whose music I have enjoyed in the past, and I will continue to enjoy. But I do find it interesting that if I were to tally the number of my CDs by artists in each category, the Democrats win in a landslide. Whether or not the musician makes their opinions explicit in their songs, often it will come through regardless.

And Bonnie Raitt sure has a lot of money to give. Alone, she almost doubles all the Republicans on the list combined. I’m glad she’s on our side.

Now that every loyal reader of my blog knows how to predict the winner of a Super Bowl or a World Series I expect everyone to go out and become rich. But if it doesn’t work for you, don’t blame me.

You are a Social Justice Crusader, also known as a rights activist. You believe in equality, fairness, and preventing neo-Confederate conservative troglodytes from rolling back fifty years of civil rights gains.

Take the quiz at www.FightConservatives.com

And if you’re so inclined: What Breed of Conservative Are You?

I also took a Select a Candidate quiz. It tells you the percentage of your agreement with all the candidates from both parties. I had some problems with some of the questions not having enough possible answers – forcing me to pick the ‘closest’ to my view. But that’s always the way it is with these quizzes.

I wasn’t too surprised with the results. I am in most agreement with Kucinich, but of the two issues we are in disagreement with, one is Iraq, which I think he (and those supporting him) consider pretty important. The other, which I won’t name, the only candidate who agrees with me is Mitt, though I ranked the issue as not very important.

Dodd’s next in line for me, and then there’s a three way tie between Edwards, Clinton, and Obama. I’ll probably look at Dodd a little more closely for the primary, but it is important to me that we Dems select someone who isn’t too weak against the GOP nominee. I know I’ve voted that way in the past 2 elections, but my candidate beat Bush in 2000, and the candidate I voted for in 2004 would have done better than Kerry, I am sure. I’m confident that I share enough views with E, C and O that I would be fine with any of their presidencies.

I last blogged about the Great Animal Rebellion three years ago. Most if not all the links to the news stories in those three posts are dead.

If I start keeping track of this again, I’m going to have to start quoting from some of the news stories so there is a record.

Wild monkeys attack a New Delhi deputy mayor who falls to his death.

Media reports say the deputy mayor of New Delhi was on the balcony of his home when he was attacked by a gang of Rhesus macaques (REE’-suhs muh-KAKS’) causing him to fall. He was rushed to the hospital but died of head injuries.

Many government buildings, temples and residential neighborhoods in New Delhi are overrun by Rhesus macaques.

A Scottish farmer’s wife says her horse saved her life after it fought off a cow that was attacking her.

Fiona Boyd, 40, feared she was going to be crushed to death by the cow after it kicked her to the ground, then rolled on top of her.

She says she survived only because her horse, Kerry, raced to the rescue and kicked the cow until it moved off her.

And then there are the news stories that perhaps explain the reasons behind the rebellion:

A dog with a cigarette habit is suffering withdrawal following the smoking ban.

What do you call a pig with six legs and two willies?

A piglet born in Croatia with six legs and two penises has been nicknamed Octopig…[owner:]”Who knows, maybe we can breed more although the two penises might be a problem.”

As seen on CasaChristy’s, I had a Past Life Analysis.

Your past life diagnosis:

I don’t know how you feel about it, but you were male in your last earthly incarnation.You were born somewhere in the territory of modern Scotland around the year 1800. Your profession was that of a seaman, dealer, businessman or broker.

Your brief psychological profile in your past life:

As a natural talent in psychology, you knew how to use your opportunities. Cold-blooded and calm in any situation.

The lesson that your last past life brought to your present incarnation:

Your task is to learn determination and persistency. Youd should not allow to let misfortunes take influence on your strong will. Do you remember now?

Latest photo of me: 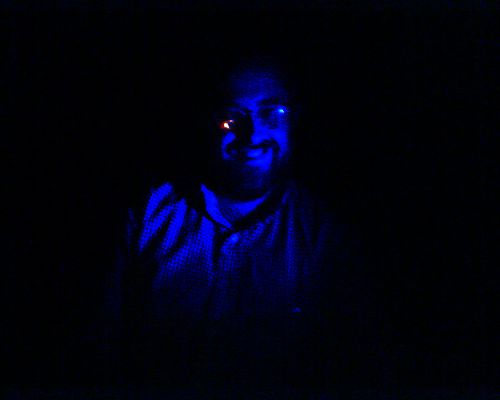